...was a crazy day! After getting the kids on the bus, I rushed to their school for a special awards assembly. 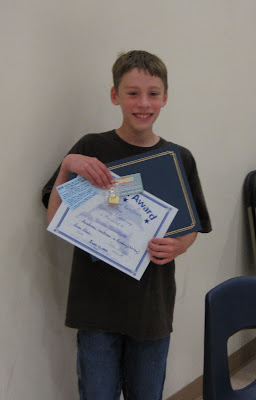 As soon as my son saw me, he was pretty sure he was one of the kids getting an award, as it was a 5th grade assembly. He received two for academic excellence. I am so proud of him! One of them was for Outstanding Attendance, which means he received a bowling pass for the entire summer! We will be bowling this summer for sure! :) 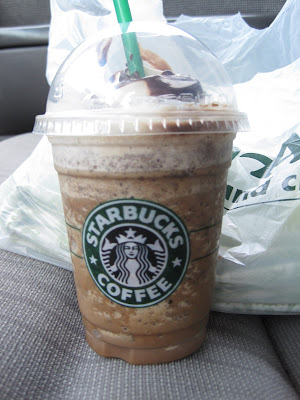 After the assembly I ran a couple of errands, and just had to get one of these...I think it's called "java chip frappacino"...okay, how am I going to avoid getting one of these at least every week? Yum... 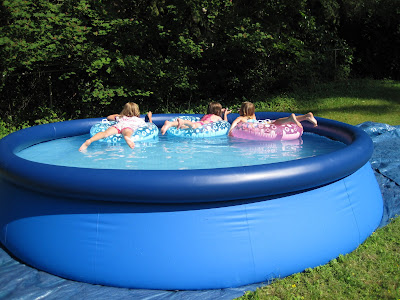 Then the girls went swimming while Junior played on the computer...I just thought this picture was cute of them with their neighbor friend. This is their idea of playing in the pool. A while later, the boys got in and it was CRAZY! 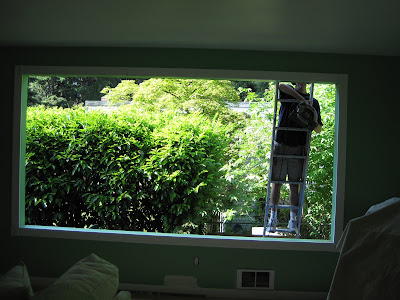 Here's David putting in the last of the two big windows in our living room. I helped him whenever I could, while making dinner. Would you believe this was the first time I'd ever barbequed? Yep, it's true! 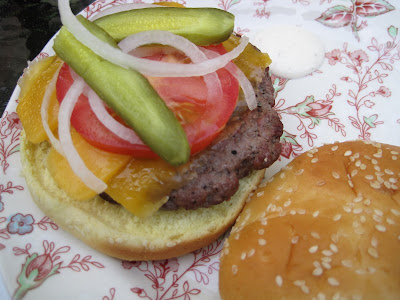 Finally we all sat down to eat at seven at night! Now to me, there is no other meal better than my husband's barbequed hamburgers. But the amazing thing was mine tasted good, too! Or maybe it was because we were all so hungry and tired! :)

The weekend went so fast, and now it's back to another crazy week. This is our last one left of school, and then it will be summer for us! Are you all ready for summer? This girl sure is! :) Have a good night!
Blessings,

What a neat post Jenni! Oh, and cheeseburger looks so yummy, I could totally eat one right now, lol, I will have to try a mocha chip frappucino next time I go to Starbucks. The pool looks like a lot of fun, the kids are sure to have an awesome summer out in their new pool whether permitting.

Talk to you Tuesday!

I have never grilled either...someone else always does the grilling while I gather everything else!

I love bowling...that will be a super fun summer activity!

Congrats to your son on his achievements.

Wow Jenni,
It looks like a perfect start to a great summer!

Congratulations to your son! I bet you are all so proud of him!

I had a pool like that when my kids were your kids ages-They and our neighbors had hours and hours of fun in it-I did feel sorry for my husband though-He's the type that had to keep the water "just" perfect!!!

Have a great week! My son is out of school this Thursday!

Congratulations to Junior! He's smart just like both of his parents.
I've never barbecued either! I'm proud of you for trying it, and your hamburgers looked great!
The pool looks so refreshing. You should jump in sometime. :)
See you on Wednesday!

Congrats to your son!

That pool looks wonderful... I want to go swimming so bad!

Oh my... those hamburgers look delicious! I am sure that you handled that grill like a pro.

That pool looks so fun...that's a perfect summer picture. Congrats to you little guy on his awards...bowling for free all summer....now that's sweet!

Hope those HUGE windows got in okay. Makes me think of an episode of Little House On The Prarie...remember Charles trying to fix the glass window in there house but everytime he went to get it something happened and it broke. I don't mean to bring any bad luck...it's a fun memory...I use to watch that show EVERYDAY.